Montclair author Jennifer Moses says her my-age pals think it’s great there are so many medical options for re-younging their appearances, but should they use them. Or just let nature do it's damage, as Joni Mitchell has apparently decided to do. Above, Mitchell at the 64th Annual Grammy Awards on April 3, 2022, in Las Vegas. (Photo by Jordan Strauss/Invision/AP)Jordan Strauss/Invision/AP

I'm 62, and like so many women of my generation, I came of age in thrall to the singer-songwriter Joni Mitchell: her shimmering blonde beauty; her enchanting melodies; her autobiographical lyricism; her open tuning, daring riffs, artistic ambition, and love affairs. Nothing she sang didn't strike a chord in me as I threw myself into my own love affairs, poeticism, ambition, and desire to somehow let my voice be heard.

You know the story. Everyone knows the story. By the time she was in her mid-20s Joni Mitchell was a star. Soon thereafter she was world-famous, with new records tumbling out of her every year or two, her fans arguing among themselves about which was best - "Blue," "The Hissing of Summer Lawns," "For the Roses"? But they all were the best. To this day, I listen to the same Joni Mitchell records (on vinyl) that I amassed before I was 30.

Joni Mitchell is now 78 years old, and, astonishingly for someone who achieved mega-stardom and never lost it, she looks old. She may in fact be the only super famous female entertainer on the planet who shows up looking like the old lady she is, in her case portly, wrinkled, husky-voiced from years of chain-smoking, and still recovering from an aneurysm she suffered in 2015.

This is versus, for example, Jane Fonda, Dolly Parton, or any number of now 70-plus and 80-plus-year-old entertainers who were once young and gorgeous and are now old and surgically enhanced. I know because while I did not watch this month's 2022 Grammy Awards, I did google Joni Mitchell's rare public appearance there, and despite the two pigtails she wore over her ears and the flirty red beret she wore on her head, Joni Mitchell looks like someone's grandmother. Probably because she is.

One of life's endless jokes is that if you don't die before your senior citizen years, you get old, and for me, neither option is all that appealing. And yes, duh, as we age we become mellower, wiser, we learn to smell the roses, and if we're lucky we have grandchildren and perhaps even great-grandchildren. The great wheel of life spins on, and we're still riding it, albeit with aching joints and poor eyesight and an inability to get up off the floor without assistance or to hold our bladders for very long. And that's the least of it.

If you're me, and so vain that Carly Simon's song "You're So Vain" should have been written about you, you're seriously wondering if you can stomach looking at your increasingly less-lovely face until death finally puts a stop to your tempestuous love affair with the mirror. But I don't have to resign myself to gravity's ways, not with all the options available for facial-enhancement: a squirt or two of Botox for the wrinkles or injections of Hyaluronic acid to plump up my cheeks and thereby pull up some of the sags that are not quite but soon to be identifiable jowls under my chin?

Come to think of it, what would be so wrong if I were to go all the way and opt to go under the knife? The American Society of Plastic Surgeons lists a full 36 enhancements for women (with more for men) including "non-invasive" (if painful) "laser skin resurfacing" and the more complicated "buttock enhancement" and "aesthetic genital plastic surgery." Presumably, so your private bits remain plump and pretty.

Look, plastic surgery can and often is a miracle, a lifesaver, a huge boost to health and well-being. I know several women whose large breasts not only made them the center of unwanted attention but caused significant strain on their backs. Surgery to reduce their breast size allowed them a physical freedom that they wouldn't have had without it. Burns, scars, skin that makes you feel trapped behind the face of a crone: can plastic surgery help? Why not? I'm not against it.

For what it's worth, most of my my-age pals think it's great that there are so many medical options for re-younging our appearances, and I suspect that their view is widespread.

But it pisses me off that, with the ever-increasing number of options to reduce the appearance of aging there is something like pressure, or expectation, to avail yourself of such options. And because such treatments as Botox and microdermabrasion run well under $1,000 a pop, it's not only the rich who can afford them. For me, this is not good news, as more options create more pressure to maintain a non-natural appearance.

My daughter is to be married next year, and as the mother of the bride, I want to look my best. To Botox or not to Botox, that is the question. But going forward, the real question is: can I allow myself to look what I look like? 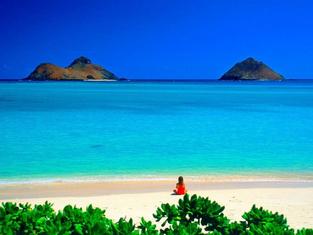 Jennifer, I read the title of your article and cringed. Why was she picking on Joni? She has aged, as we all have, but I am just so happy that she has recovered, as she has, from the aneurysm. Our society has to learn to age gracefully. We are so superficial. I worked hard for my gray streak! I will not cover it. Yes, I sag in certain places. Yes, it is unattractive when i am naked. But it's mine. I am just so happy to be alive, that's all that matters. Even if I had the money, I still wouldn't do it because it's just not who I am. I like to think I am not alone with my opinion. We each do life our own way. Jane Fonda does have a terrific plastic surgeon. I applaud her for that. But Joni is no phony, and I applaud her for that, too. Good luck with whatever you decide to do.