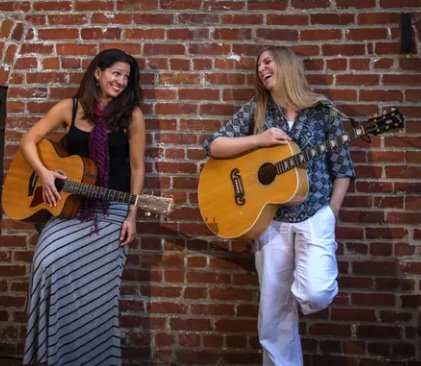 Joan & Joni is a tribute to Joan Baez and Joni Mitchell performed by singer/songwriters Allison Shapira and Kipyn Martin. In a musical journey from the 60s to today, Allison and Kipyn demonstrate the effect Joan and Joni have had on their own musical development as modern musicians. Kipyn Martin is an award-winning Americana singer/songwriter whose roots sink into the banks of the Shenandoah River. Allison Shapira is a recovering opera singer who recently found her authentic voice as a folksinger and songwriter. In March 2016, Allison and Kipyn were each nominated by the Washington Area Music Association Awards (WAMMIES) for best contemporary folk vocalist and Kipyn was nominated for songwriter of the year. More information here.