Jayson told us about this one:
"Strangers with Candy" is a (hilarious) show that aired on Comedy Central in the late 1990's. It's about a 46 year old high school freshman - Jerri Blank - who after years of drugs, alcohol, and random sex returns to school, "Flatpoint High," to pick up her life "exactly where [she] left off." In the first season's episode "Feather in the Storm," when Jerri's either at home, in the school cafeteria, or in the school bathroom, a song plays on the radio explaining Jerri's problems. This song is a parody of Joni's "Songs to Aging Children Come." Notice the reference to "ice cream castles" towards the end of the parody."
The lyrics are:
Your problem couldn't be any clearer
no one pays attention to you
You stand alone, holding your chicken
Stew ate your waffles and you're feeling blue
You're off to school now, riding the bus...
You are large and quite obese
Fat fat fat fat, fat fat fat
Oink oink oink...
Tu e grande y muy gordo
gordo gordo, gordo gordo....
Even though she's so very hungry
she eats just like a bird
By a bird, I mean one of the small ones,
not like a pelican who eats a lot
Her problems melt like ice cream castles
leaving puddles of tasty sweet
Her family loves her, Suki tastes delicious
She feels all better now, she can eat 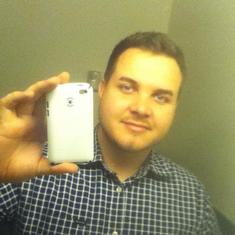 LOVE IT! I've watched SWC since it was on & have the series on DVD. When I heard 'Songs to Aging Children Come', I just knew they had parodied this on the show. Brilliant! Wonder who's idea that was..