LOS ANGELES -- In a million years no one could have guessed the contemporary female singer with whom songwriting legend Joni Mitchell would choose to share the stage for her return to live performing after a much-too- long break of 15 years.

But there she was in all her barefoot glory. Eccentric Icelandic pixie Bjork's duet with the original lady singer/songwriter was, without a question, the highlight of Thursday night's gloriously classy Walden Woods benefit -- "Stormy Weather '98."

In the elegantly old-fashioned downtown Wiltern Theater, these music heroes of two generations tackled the Cole Porter standard "What Is This Thing Called Love?" as if they'd been performing together for years, alternating verses and dance moves. Shoobedooing and bebopping as if it never went out of style, the two totally contrasting performers (the bouncy, unpredictable Bjork and the regal Mitchell) had the seats shaking and heads bobbing for a good view. And what a view, with Bjork dressed -- stockings and all -- in white and Mitchell dazzling in green.

In introducing Mitchell, Bjork stammered: "These people who organized this are spoiling me. I have the great pleasure of introducing the most 'gorgeousest' woman."

Event organizer Don Henley was probably beaming backstage. The ex-Eagle organized the event for the upkeep of the once-threatened land where 20th century author Henry David Thoreau spent much of his time writing in Concord, Mass. Through his benefit concerts, Henley's been supporting the conservation of Walden Woods since 1990, raising tens of thousands of dollars for the cause. But never has he landed such a coup -- 10 major female contemporary musical artists willing to eschew their usual backing musicians in favor of the 66-piece El Nino Orchestra.

The saying goes "If you build it, they will come."

And they came -- 500 strong, including musicians James Taylor, Sting and wife Trudie Styler, ex-Eagles Glenn Frey, Timothy B. Schmidt and Don Felder, Fleetwood Mac founder/drummer Mick Fleetwood and Bush singer Gavin Rossdale, there to see his sweetheart, No Doubt-singer Gwen Stefani, join the other ladies in performing jazz and pop standards of the '30s, '40s and '50s.

"I thought Bjork was brilliant," Rossdale said. "And, of course, Gwen ... and oh, yes, Stevie [Nicks]," he continued effusively. "I loved Joni, I never saw her in person before."

He was not alone.

With a tiny bow perched atop her head, Bjork had already wowed the crowd by taking a less traditional turn on the tunes she picked than her more famous co-stars for the evening, who included such big names as Nicks, Sheryl Crow and Grammy-winner Shawn Colvin. The ex-Sugarcube lead singer Bjork squealed her way through Billie Holiday's "Gloomy Sunday," while prancing around the stage like a schoolgirl in a class musical. She squeezed and released her left hand frantically throughout the number, which she followed with "The Love That Went Out of Style," accompanied only by a harpist. Only actress/singer Sandra Bernhard, visibly pregnant but typically irreverent, set such a bizarre scene, when she infused the lyrics to "Is That All There Is?" with an exaggerated high pitch vocal and comic anecdotes.

The theatrics of Bernhard and Bjork contrasted with more conventional spots by "Best New Artist" Grammy-winner Paula Cole, country singer Trisha Yearwood and the bluesy rocker Crow, who, though comparatively immobile, showed that she had real chops by ripping into "Ain't Nobody's Business If I Do" as she shimmied in a revealing, low-cut black gown.

Soul crooner Natalie Cole, after her rendition of "They Can't Take That Away From Me," expressed the wonder that many were feeling about such a collection of talent when she said "This is nice, isn't it? It's really cool to see Sheryl Crow sing 'Good Morning Heartache.' " Cole, who has built a career on such romantic ballads, moved effortlessly through George

Most fans might not have recognized the night's first singer, Stefani, who has sold millions of records with ska-rockers No Doubt, as she lit into the Andrew Sisters' "I Can Dream, Can't I?" and the torch song "Almost Blue" dressed in a green satin, sequined gown and a bobbed, little-girl hairdo. The normally aggressive performer, however, maintained an edginess as she crafted the standard around her guttural vocal style and tough-girl swagger.

Fleetwood Mac chanteuse Nicks, the lady in red (not black for once), drew screams of approval from the suit-and-tie audience before she even opened her mouth. And she didn't disappoint, earning the night's only standing ovation. She soothed with "When Sunny Gets Blue" and belted "At Last" -- at points flirting with a blues-rock feel -- as her cascading blond hair fell over her face. "Stevie did great," bandmate Fleetwood boasted after the show.

Nine-months pregnant, Colvin mocked the traditional lounge performance with a faux drink and an ashtray at her side. She became a saloon singer as she leaned into a stool singing "One For The Road." Her smoky vocals and long, white gloves suited the classic perfectly.

And then there was Mitchell.

In closing the night, the icon, her normally straight blond hair set in curls, didn't have to stray far from some of the jazz stylings she used on classic '70s albums such as The Hissing of Summer Lawns. When she covered the old Lena Horne favorite "Stormy Weather," it was easy to forget that Mitchell made her name as a hippie folk-singer.

Henley and musical director Larry Klein (L.A. session player and Mitchell's ex-husband) made sure the night was full of such contradictions. Their effort was not lost on their peers.

"It was great. It was absolutely brilliant," said sensitive singer/songwriter Taylor, as he left the theater with Sting. "It was so good, it's hard to say who was the best, really."

Maybe it was tough to pick the best performance, but seeing and hearing Mitchell and Bjork onstage together was hard to beat. 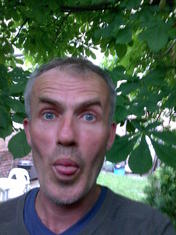 I am scoring this a nine because I should like to see the concert then give it a ten if i completely agree. how did i never hear of this before. is their any footage do you know?