On its surface, it looks plain. In the annals of popular song, there are many love songs dedicated to a particular girl, Van Morrisons’ “Gloria,” Rod Stewarts’ “Maggie May,” Eric Claptons’ “Layla,” but Joni Mitchell’s ode to Amelia Earhart is different.

The lost aviator is not the target of Michell’s affections, but her therapist. Mitchell sees herself reflected in the myth of Earhart. Unlike the songs mentioned above, “Amelia” doesn’t beg for someone’s love, hope for something new, or even talk about any of her former lovers in any detail. Mitchell instead takes a resigned tone, seeing the search for love as fruitless, and takes to the road to hide her feelings.

The song, first featured on Mitchell’s classic 1976 album Hejira, has an unusual harmonic character. “Amelia” fluctuates between two keys, F major and G major, and never genuinely resolves. The song is built around a 23-bar loop. The final seven bars of the cycle fluctuate between 3/4 and 4/4. The hazy harmonic territory is reflective of Mitchell herself who despite her searching throughout the song never finds answers. Mitchell’s guitar is tuned to C Major, and her finger-picked rhythm guitar playing forms the bedrock of the tune.

Vibraphonist Victor Feldman and guitarist Larry Carlton, play subtle licks to fill out the sound. In Carlton’s case, he often plays individual notes or passing tones, instead of traditional melodic licks. Carlton’s guitar often seems to be fading in and out, and occasionally has a sound eerily similar to a slide guitar.

The six-minute song starts off with Joni driving across the desert, after a romance crashed and burned. While driving, she spots “six jet planes/leaving white vapor trails across the bleak terrain.” Those planes set up the song and trigger Mitchell’s memories of Amelia. She dismisses her old romance as “Just a false alarm.”

“Amelia” quickly becomes more than about love and turns into a rumination on life itself. Mitchell ends every verse except the last with “Amelia it was just a false alarm.” Mitchell sings of “flying engines” scrambling time and seasons until “your life becomes a travelogue of picture postcard charms.” She is free to travel and experience the world, but unable to put down roots or form deep connections. Mitchell views her life as a postcard, something charming, that makes for a great story at the dinner table, but superficial.

The next verse addresses those who have given Mitchell advice. People tell Mitchell what do with her life based on their own experiences. Mitchell can’t know what these events feel like until she gets there herself, and when she does, she finds that “where some have found their paradise others just come to harm.”

The separation did not go how you would expect it to. The relationship did not end with a massive fight or a similar dramatic encounter. Instead, Mitchell’s relationship ended due “his sad request of me to kindly stay away.” Mitchell’s word choice is fascinating here. The idea of a “sad request” makes it seem like Mitchell’s partner didn’t want the relationship to end. He doesn’t demand that Mitchell leave, he requests it. Perhaps he felt that the end of the love affair would be better for them both, and that’s what hurts the most.

Mitchell talks about Amelia Earhart, comparing the aviation pioneer to herself saying they both had a dream to fly. In the end, however, they are both “like Icarus ascending/on beautiful foolish arms.” Mitchell shifts focus back to the song’s beginning, to love. Incredibly Mitchell says she “never really loved.” This is a shocking statement from the songwriter behind Blue, an album often considered the quintessential breakup album. She says she spends her “whole life in clouds at icy altitudes.” In a sense, the altitudes are both a blessing and a curse. Her life in the clouds gives her the ability to observe and write about everything, with a detachment that’s sometimes necessary for work. At the same time, she is left cold and unfeeling. She can write about love but cannot experience it.

The song ends with Mitchell pulling into a seedy “cactus tree motel” to shower off the dust, and then dreaming of planes flying overhead. In this final verse, she changes her mantra, singing “dreams Amelia, dreams and false alarms.”

The song appears again on Mitchell’s 2002 album Travelogue, Mitchell’s double album featuring orchestral re-imaginings of her classic songs. I’m often wary of artists doing orchestral versions of their great songs. Usually, I feel songs that were once powerful statements, turn into lukewarm show tunes more fit for a B list Broadway musical than a concert hall. Songs can quickly lose all sense of taste due to an overbearing string arrangement.

“Amelia” doesn’t fall into that trap. Mitchell’s gravelly voice, aged by years on the road, fronts the stunning arrangement by Vince Mendoza, It is a beautiful example of when an orchestral version of a piece reveals new dimensions to the song. The bed of strings gives the song a warmer feel, compared to the bright guitar-centric original. 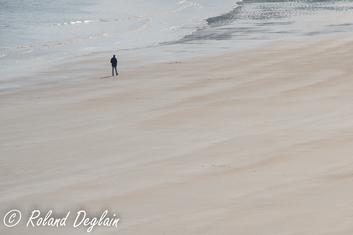 An enlightening piece on a great and wonderful song. Grateful for this illuminating article that further reinforces my admiration of Joni's work.