Live performances by Neil Young and Joni Mitchell, recorded at a student ministry on the University of Michigan campus in 1968, were among the professional-quality recordings unearthed by the Michigan History Project.

Seven-inch reel-to-reel audio tapes featuring concerts by Tim Buckley, Odetta, David Ackles and Dave Van Ronk were also among the recordings made at the Canterbury House, an Ann Arbor, Michigan venue that hosted counterculture events in the mid to late-Sixties.

The Michigan History Project recently acquired the recordings, with the non-profit organization now seeking a record label interested in releasing the concerts.

"We learned of the existence of the tapes about six years ago," Michigan History Project president Alan Glenn said in a statement. "They were in the possession of a private collector. Then they disappeared, and we were afraid they were gone for good. But a few weeks ago they resurfaced, much to our surprise and relief. Now our first priority will be to get them transferred to a digital format, then make sure that the original analog tapes are safely archived."

All of the recordings were made with the consent of the performing artist, the Michigan History Project added.

Michigan-based mastering engineer Chris Goosman added of the recordings, "These from Canterbury House aren't audience-recorded bootlegs but first-rate soundboard captures made on professional equipment. It's an amazing collection with the rare combination of being well-recorded and also well-preserved, and that makes it even more historically significant."

Artists like Frank Zappa and the Mothers of Invention, Buddy Guy, Sun Ra, Richie Havens and more also performed at the Canterbury House during the era, but recordings of those gigs have not yet been found. 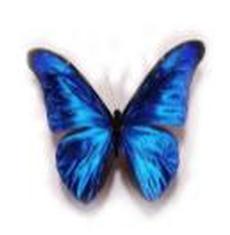 I really, really hope we finally get a professionally recorded 'Eastern Rain' from Joni. One of her best songs in one of her most remote tunings. Doesn't it predate George Harrison's excursion into raga scales?