by Will Hodgkinson
The Times
October 13, 2018
Original article:

With his flowing white hair and walrus moustache David Crosby looks like the archetypal ageing hippy, which isn't really surprising. Crosby was a founder member of folk-rock pioneers the Byrds, he played Woodstock with Crosby, Stills, Nash & Young, and he epitomised the death of baby-boomer idealism as his life slipped out of control in the 1980s: drugs, arrests, jail. He also, as I'm quick to find out when I meet him before a rare UK solo show, has an unguarded and rebellious spirit that is far removed from today's media-trained pop stars. It makes him joy to talk to.

"The last few years of CSN were not happy," sighs Crosby from a sofa in a tiny dressing room above Shepherd's Bush Empire in west London, putting to rest rumours that relations between those harmony-rich stars were not always harmonious. "We started out liking each other and we did some great work, but it devolved to the point of turning on the smoke machine and playing the hits. You fall out of love, you gain irritations, the egos and competitiveness take over. It happens with every band."

The famously mercurial Neil Young, who tormented Crosby, Stills & Nash by joining and leaving them seemingly on a whim, is a particular bugbear. "I like Neil's art and I love him for pushing the envelope, but dealing with him is difficult. He's autocratic and right now he has the power. If CSNY played a 20,000-seater stadium, Neil will have got 10,000 people in there, so it is his call if we do it or not. I shot my mouth off [about Young leaving Pegi, his wife of 37 years, for Daryl Hannah] and I don't think he'll forgive me for that. It's a shame because he's a great writer, although name me a Neil Young song from the last five years that you like. He's right about Monsanto [in 2015 Young made a protest album about the GM giant called The Monsanto Years]; it's just dumb music."

Crosby also doesn't think Stephen Stills is up to the job. "Did you see him with Judy Collins recently? Oh, man. Pitch is a feedback mechanism. You have to be able to hear to control pitch, and he can't hear. It's because he and Neil turned the amps up to 11, but Stephen did it worse and his hearing is shot. Graham Nash and I sound great together, but it's not enough for three-part harmonies."

Not that Nash is spared the wrath of Croz. "His last album...Who gives a shit?" he says of his former bandmate's 2016 solo work, This Path Tonight. "Nowhere near what he's capable of. Truth is, I don't have a bad feeling about those guys. I just can't be in their psychodrama right now."

Crosby isn't the easiest person to deal with himself, surely. "Hey, I let them down horribly. I became a junkie and ruined our scene. But we've all been mean to each other. Neil left tours with Stephen midway through. Nash attacked me on stage in Norway during our last tour. He's mad at me because he can't get Neil back and be a star again and he blames me for that. I would love to do CSNY, I would work with those guys in a heartbeat, but I'm 77. I'm diabetic. I've got eight stents in my heart. I've had two heart attacks. If I'm here in five years' time, it will be a miracle. I can't wait around."

Paradoxically, Crosby is experiencing a late-career bloom that has surprised even him. Within four years he has made four solo albums, the latest of which is Here If You Listen, a jazz-tinged reverie filled with gorgeous four-part harmonies and wise

with," says Crosby, who made Here If You Listen with Michael League of the New York jazzers Snarky Puppy and the singers Becca Stevens and Michelle Willis. "Normally you can't write with other people because it is delicate shit, but we went into the studio with two songs and eight days later we had eleven. And I hadn't taken my songs to CSN for a long time because it didn't feel like a welcoming environment, so there was material."

One song, Your Own Ride, begins with the line: "I've been thinking about dying, and how to do it well." With the notable exceptions of the late Leonard Cohen and David Bowie, Crosby seems to be the only baby-boomer songwriter addressing the great void awaiting us all.

"People are scared to talk about death, but it's there in my face every morning. I'm trying to write about the real shit, man." Plenty of songwriters have had a pop at Donald Trump, but most draw the line at attacking his support base. Not Crosby. "People who like Trump have room temperature IQs and no education," he says, when I mention a song called Other Half Rule that has a line about "Rocket Man and Little Hands". "They're stupid, which is why they like him because he talks stupid and he's racist. He's like a spoilt child who got into his dad's office and is peeing on the desk and tearing up the papers."

Then there is music streaming, presented as the great hope for the industry while not being exactly great for the musicians. Roger McGuinn, Crosby's old bandmate in the Byrds, revealed that Eight Miles High was streamed 228,086 times in the second quarter of 2016, for which he was paid a princely $9.15.

"It's like doing eight weeks' work and being paid a nickel," says Crosby. "The guys who run the record business said to the guys who developed the technology: we will charge you a minuscule artist royalty, but you have to give us a piece of your company. And they are making a ton of money by selling our music. It is sick."

This outspokenness is not new, even if Crosby may now be too old to care about who he offends. Crosby, Stills, Nash & Young sang the counterculture classic Ohio after the Kent State shootings in May 1970, and Crosby sees it as part of his duty to keep the freak flag flying. "To a degree," he says. "Our main job is to make you boogie, but when America starts shooting its own children on a college campus it is time to witness, which is what Neil did with Ohio. There are hard times in the US right now because of Trump, and it is a hard time to be an American who gets interviewed. I'm embarrassed about it, actually."

He has far greater esteem for Mitchell, whom he first saw playing at the Coconut Grove club in Florida in 1967 and was so blown away by her talent that he took her to Los Angeles (the city he was born in) to become her champion and, briefly, her boyfriend. The two remain close, but Mitchell has not released an album since Shine in 2007. I ask Crosby how his old friend is doing.

"Not good," he says, looking resigned to life's tragedies. "I had dinner with her a month ago. She had an aneurysm in 2015. It happened to her on a Friday, they found her on a Monday, and she lay on the floor with a broken arm the whole weekend. She's learning how to walk and talk, and she can think fine, but I don't think she will play again. It's tough because she is the best songwriter alive, easily as good as Bob [Dylan] and ten times the better musician. When she was my old lady I'd write something and go, 'Listen to this!' She'd say, 'That's lovely, Dave,' and play me three new songs of hers that were far, far better than mine."

What was the one year they spent being romantically involved like? "Emotionally, it was like falling into a cement mixer. She is a turbulent woman and very, very crazy." Sounds like fun. "I wouldn't say fun was the word, but it was educational as hell. I liked all the complex chord inversions you hear in jazz, but I wasn't good enough to play them, and then Joni showed me how to retune the guitar. Suddenly I was writing Déjà Vu and Guinnevere."

After our talk Crosby plays his show and it is glorious. Déjà Vu and Guinnevere do indeed sound as beautiful and as mysterious as ever, while the new songs sit comfortably with the favourites of old. You can't help but be amazed that this is the man who ended up spending five months in a Texas jail in 1986 for heroin, cocaine and gun possession; a burnt-out junkie throwing away his wealth and talent.

"It's a huge regret for me that I wasted so much time getting smashed, man," says Crosby, although he remains an advocate of cannabis. He even has his own strain of weed, Mighty Croz. "Pot is good for you, better than booze. Everybody likes to get high and pot is a good way. It is coke and heroin that will kill you."

Crosby claims that singing and writing songs is the only thing he can do well, which is why he wants to do it as much as possible while he still can. "Pretty soon this voice will no longer be here, but right now it's working," he says, concluding a conversation that has felt more like a confessional than an interview. "My son tells me I'm singing better than ever, and he's not one to butter my toast. I've done four albums in four years. I've got another one ready. I'm writing with people that inspire the shit out of me. And I don't have much time."

Unless they can overcome their differences and bond over a shared hatred of Trump, don't count on that Crosby, Stills, Nash & Young reunion any time soon. Against all odds, Crosby, the most dysfunctional of all the hippy-era legends, has become a solo powerhouse. 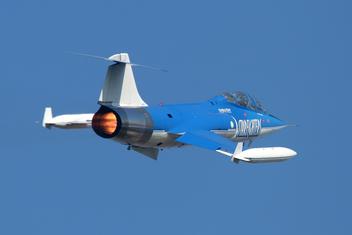 David Crosby is a drug-addled freaking idiot. Thank God Joni sh!t-canned his arse, sticking with him would have been a major mistake. He has learned nothing from any so call lessons of age. Stupid.