When he began planning a scholarly conference marking the 50th anniversary of the release of Joni Mitchell's landmark recording BLUE, Peter Kaminsky knew he also wanted to recognize Mitchell's legacy as an artist.

"I wanted the conference to not only be about the single album, but to celebrate her as an artist, because her career is so unusual, spanning such a long period and so many different phases at such a high artistic level," says Kaminsky, a professor of music theory in the School of Fine Arts. "I think about how much appeal her music has to a wide ranging audience. There are musicologists and music theorists who have been discovering her music since the early 2000s."

"Joni Mitchell's BLUE at 50: A Celebration of Her Life and Music" will be a virtual, day-long conference on Friday, April 9 and will feature internationally renowned authors, scholars, music critics, and performances of Mitchell's music by students. It is open to the public.

BLUE is the fourth studio album recorded by Mitchell, who is considered one of popular music's most influential singers, songwriters, musicians, poets, and producers. BLUE is recognized as a work unprecedented in its emotional and psychological depth, craft, and sheer beauty. Last year, Rolling Stone Magazine listed the 10-track recording at No. 3 on its updated listing of the Top 50 Albums of All Time, and BLUE is the No. 1 recording on the list of the Top 50 Canadian Albums of All Time.

In 1997, Mitchell was inducted into both the Rock and Roll Hall of Fame and the Songwriters Hall of Fame. The Rock Hall describes her as "a brilliant musician and creative nomad, letting her muse take her where it will. Joni Mitchell is, first and foremost, an artist. Whether she is singing about televangelists or a love gone wrong, she treats each subject with equal finesse, elevating it with poetic lyrics and a celestial voice." The Songwriters Hall says, "Joni Mitchell's songs, frequently confessional, sometimes obscure, always literate and musically adventurous, form one of the most striking bodies of work in the popular music of the last three decades."

In Rolling Stone's annual "Women Shaping the Future" issue published earlier this year, the three sisters from California who together make music as the band Haim noted Mitchell's influence continues to resonate in their own music after growing up listening to her recordings.

"Every year her songs take on new meanings," Alana Haim told the magazine. "I think that's the beauty of Joni — discovering new things in her music. I could listen to a song like A Case of You when I was in my early twenties, and that song has taken on a whole new meaning now that I'm almost 30."

Kaminsky describes BLUE as Mitchell's "most confessional album," which came at a considerable personal cost to her as she faced an emotional crisis, which was also evident in her next studio recording, FOR THE ROSES.

"The nakedness and depth of the emotion on BLUE surfaces on FOR THE ROSES as well," he says. "With Joni Mitchell, one of the things I find so fascinating about her career is that so many of the artistic changes that she goes through are intimately connected to her personal life."

Presentations on Mitchell's music during the conference will address her poetry, piano voicings, use of alternate guitar tunings and the recent five-disc collection of previously unreleased recordings, JONI MITCHELL ARCHIVES VOL. 1: THE EARLY YEARS (1963-1967). There also will be student performances of Blue by vocalist Emma Graebner and pianist Sofia DiNatale and A Case of You by the UConn Chamber Singers. UConn President Thomas Katsouleas will also confer an honorary Doctorate of Fine Arts on Mitchell.

Kaminsky and doctoral candidate Megan Lyons will discuss ARCHIVES VOL. 1 during the conference, which traces Mitchell's early development in performances on radio and television, concert stages and private venues.

"What we see is her artistic journey throughout the archives," says Lyons. "We see her first playing her songs on radio stations, at local clubs. She's doing covers of folk tunes, traditional songs. Then you see her gradually incorporating her own original songs. There are a lot of unreleased songs. We call those the non-keepers; songs that she decided not to ever publish. There are some early versions of her songs — multiple versions of I Had a King, Song to a Seagull. There's a lot of these iconic Joni songs that appeared very early on and she held on to them for a while before officially releasing them."

A highlight of the morning session is a panel discussion, "Back to the Garden: Reflections on Joni Mitchell's Life and Art" moderated by National Public Radio music critic Ann Powers. The panel includes author Malka Marom, whose book "In Her Own Words: Conversations with Joni Mitchell," covers decades of interviews with Mitchell, and Daniel Levitin, dean of the College of Arts and Humanities — Minerva Schools at Keck Graduate Institute and author of "This is Your Brain on Music: The Science of a Human Obsession." 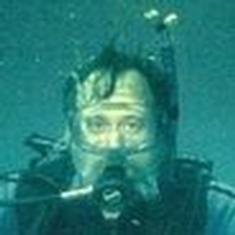 
I was first introduced to Joni Mitchell's music in 1968. I was living in Honolulu and working for the U.S. Government in a stressful and dangerous job as a highly-skilled "Black Ops" operator that required frequent travel to Southeast Asia and other locations in the Pacific Ocean area.


I would return from these assignments physically and mentally exhausted, and her music literally became a gateway that allowed me to change back from the non-emotional beast I had to become to survive my assignments back in to what would mostly pass for a normal laid-back Kamaʻāina in Honolulu with long hair and a beard.


I was single at the time (you wouldn't want my job if you were married or had any close family) and her music touched me in a way no other musician or artist or philosopher or theologian ever did. Joni's music had such an effect on me that it made me feel as if we were soul-mates, and I would have married her sight-unseen had I the opportunity.


No one in my 7+ decades ever affected me this way until I met my current wife/life partner/best friend/soul mate of almost 50 years. I took every opportunity I had to see her perform, and of course I have all her records, and yes, my wonderful wife also likes her music.