every album, every song 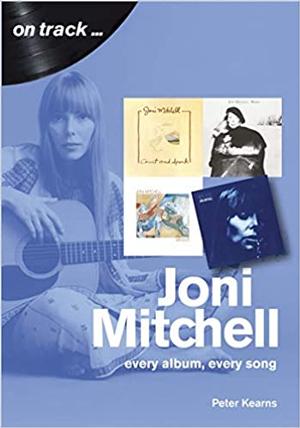 In her long career, Canadian songstress Joni Mitchell has been hailed as everything from 1960s folk icon to 20th century cultural figure, artistic iconoclast to musical heroine, extreme romantic confessor to outspoken commentator and lyrical painter. While some criticised what they viewed as her seeming dismissal of commercial considerations, she simply viewed her trajectory as that of any artist serious about the integrity of their work. But whatever musical position she took, she was always one step ahead of the game, making eclectic and innovative music. Albums like The Ladies Of The Canyon, Blue , Hejira and Mingus helped define each era of the 1970s, as she moved from exquisitely pitched singer songwriter material towards jazz. Her past influence was obvious in the 1980s when hoards of assuming successors (some highly respectable) gathered her exotic breadcrumbs with a view to distilling their illusive compounds, while Joni simultaneously forged ahead. This book revisits her studio albums in detail from 1968's Song to a Seagull to 2007's Shine, providing anecdote and insight into the recording sessions, an in depth analysis along with a complimentary level of lyrical and instrumental examination.

Comments on Joni Mitchell On Track