Refuge of the Roads 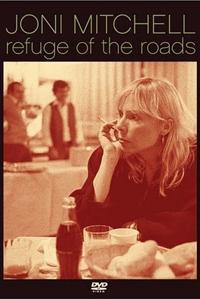 It's probably sheer coincidence, but if Joni Mitchell's apparent retirement from the music business had anything to do with the spate of first class Mitchell DVDs released in 2003-04, including Refuge of the Roads, perhaps she, like Sinatra, should consider retiring more often. This one, while good, may find less favor with the faithful than the superb career documentary Woman of Heart and Mind: A Life Story or Shadows and Light, the film of her '79 concert tour with Pat Metheny and Jaco Pastorius. Filmed in 1983 on a soundstage (i.e., it's a concert, but there's no audience to speak of), Refuge of the Roads concentrates on Mitchell's Wild Things Run Fast album, hardly her most popular work; songs from her earlier days, like "Raised on Robbery," "For Free," and the inevitable "Woodstock," are likely the only ones that will be familiar to the casual Mitchell fan. --Sam Graham

Comments on Refuge of the Roads