A Rollicking Ride Through the Glory Days of Rock 'n' Roll 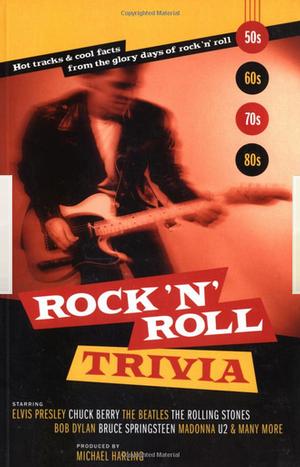 Test your musical knowledge in this compilation of little-known facts about rock'n'roll from the 1950s through the 1980s. Ten chapters of multiple-choice questions cover the singers, songwriters and musicians who've defined this sound, including the one-hit wonders, the women who rock and the rock'n'roll legends.

From the Billboard Hot 100 to the Grammy Award winners, Rock' n' Roll Trivia soars off the charts with the top acts in Britain and the United States. Make sure you're in tune with your favourite artists-from Chuck Berry to The Supremes, The Beatles to Joni Mitchell, ABBA to Michael Jackson-as you challenge yourself with an additional five games of word matches and crossword puzzles. Questions cover a wide range of difficulty, allowing both devoted followers and casual listeners to learn fascinating facts about the music scene.