I'm Don Juan's reckless daughter
I came out two days on your tail
Those two bald-headed days in November
Before the first snow flakes sail.
Out on the vast and subtle plains of mystery
A split tongued spirit talks
Noble as a nickel chief
Striking up an old juke box
And he says:
"Snakes along the railroad tracks."
He says, "Eagles in jet trails
He says, "Coils around feathers and talons on scales...
Gravel under the belly plates..."
He says, "Wind in the Wings..."
He says, "Big bird dragging its tail in the dust...
Snake kite flying on a string."

I come from open prairie
Given some wisdom and a lot of jive
Last night the ghosts of my old ideals
Reran on channel five
And it howled so spooky for its eagle soul
I nearly broke down and cried
But the split tongued spirit just laughed at me
He said, "Your serpent cannot be denied."
Our serpents love the whiskey bars
They love the romance of the crime
But didn't I see a neon sign
Fester on your hotel blind
And a country road come off the wall
And swoop down on the crowd at the bar
And put me at the top of your danger list
Just for being so much like you are.

You're a coward against the altitude-
You're a coward against the flesh-
Coward caught between yes and no
Reckless on the line this time for yes, yes, yes!
Reckless brazen in the play
Of your changing traffic lights
Coward slinking down the hall
To another restless night
As we center behind the eight ball
And as we rock between the sheets
As we siphon the colored language
Off the farms and the streets
Here in Good-Old-God-Save-America
The home of the brave and the free
We are all hopelessly oppressed cowards
Of some duality
Of restless multiplicity
(Oh say can you see)

Restless for streets and honky tonks
Restless for home and routine
Restless for country safety and her
Restless for the likes of reckless me
Restlessness sweeps like fire and rain
Over virgin wilderness
It prowls like hookers and thieves
Through bolt locked tenements
Behind my bolt locked door
The eagle and the serpent are at war in me
The serpent fighting for blind desire
The eagle for clarity
What strange prizes these battles bring
These hectic joys- these weary blues
Puffed up and strutting when I think I win
Down and shaken when I think I lose.

Don Juan's Reckless Daughter has been recorded by one other artist 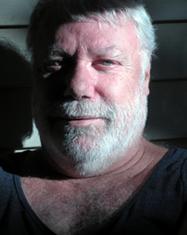 this is one of my all time JM songs. there is something about the rhythm that once it gets going moves into my blood stream and takes me over. the lyrics are incredible. sometimes a few lines will just pop into my head out of nowhere:
What strange prizes these battles bring
These hectic joys these weary blues
Puffed up and strutting when I think I win
Down and shaken when I think I lose...
once i was flying from new york to maui, and going cross country i put this song on my ipad. it was the most amazing, soulful experience to see the landscape change from prairie to mountain to desert with "plane shadow to train shadow" in my head.
i love you joni