I was 18 at the time. I'd been a singer in a popular northern NJ garage band and just returned from a cross country drive in my converted mail truck while learning to strum a guitar. I bussed down to DC for a taste of college dorm life with friends, but I saw a poster announcing Joni's appearance. I insisted on going, regardless that tickets were sold out and my friends abandoned me. I actually snuck into Constitution Hall through an unlocked window. I snuck back out on finding the door locked from the hallway. I walked across the lawn and sat on a 20 foot retaining wall beside the driveway down to the basement loading dock and service entrance. Eventually a stretch limo rolled down. Out stepped a bodyguard from both sides then Joni, stunning in her floor length, body hugging blue dress. As they made their short walk to the service door I shouted "Hi Joni!". She looked up at me and we waved to one another. Then they were inside. For 10 minutes or so I mingled with a half dozen or so other fans when suddenly the door opened. It must have been her road manager, who said, "Joni sez you kids can come in". Our small group followed him to stage right behind the curtains where we sat for the entire performance. Afterwards, in a reverie, we were led out and I returned to sit in "my spot" on the wall. I sat there for two hours or more. Joni had mentioned she felt a cold coming on and must have had tea and a nap. When she emerged from the door with her bodyguards I again shouted "Hi Joni!". She looked up and we exchanged waves again as they got into the limo. As it backed up onto the street, I walked along the wall to meet it at the curb. I bent over and tapped on the back window. As the window went down Joni hiked up on the bodyguards knees (as I recall). Face to face, I said "Thanks for everything Joni". Our lips touched... the limo drove away. What an amazing 50 years it's been since. Thanks again Joni! For everything!

I was in college in central VA and had to mail a check to purchase tickets. (How quaint!) I included a note with my check saying that since my friends and I were coming some distance to see Joni, could we please have the best available seats. Imagine our joy when we were ushered to the second row!! Sublime--just Joni, her blue dress, guitar, and dulcimer. And oh yeah, Jackson Browne, who I'd never heard of before!!

Blue was played a lot on our floor at American University...we were huge fans. My first time seeing Joni was this show. We ingested a qualude and smoked some great pot ..or was it keif? Conscious and mellow, we had a wonderful time and fell in love with Joni. It was one of the best shows I've ever been to. Thanks Joni. 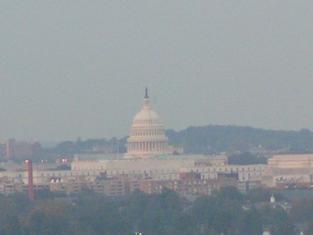 How could I ever forget that night? I remember it as unseasonably warm, seeing folks walk barefoot under the large old oaks along The Mall. It was a special night to me. I was with a few friends. I bought four tickets as soon as they were released knowing the show would be sold out. I was a junior in high school. I had an intense empathy for Joni's music and she delivered a show that surpassed my expectations. We cried, we laughed, we bounced a big balloon around the audience during The Circle Game. Jackson returned to the stage to sing that wonderful song with Joni as part of her encore.

Years later, I catered a small birthday party for her. I bought a set of milk pens for her and a pad of black paper, wrapped it and hid it under the couch in the living room of the small house where the party was thrown. I didn't think I would have the chance to give it to her because the woman I worked for was strict about staff approaching her celebrity friends. I was cleaning up near the end of the party, succeeding at not engaging Joni although I did so want to.

Out of the blue I hear, "Sam, will you please take our picture with my camera?" OMG! What was I to do? I couldn't very well ignore her, could I? I said, "Of course!" My heart leapt into my throat! I stopped the cleaning and turned to her and smiled, reaching for the camera. I proceeded to take pictures of her and her very sweet comrades. Then she turned to one of her friends and asked, "Would you take a picture of Sam and me?" I jumped for joy inside! "Sam, come and sit here beside me!" I didn't hesitate a second. I was on that couch in an instant!

And I was sitting just above my birthday present to her! We were chatting and I said, "Sweetie, I have a present for you, I hope you don't mind." She looked delightedly as I reached for the present underneath the couch and presented it to her! She took it and immediately started to unwrap it! I told her they were milk pens, all the rage at the time. They were Japanese. She said she loved them! We chatted a bit more and the boss came in and made a face at me and told me to meet her in the kitchen. She lambasted me but I didn't give a shit. I was notified my services wouldn't be needed any longer and I didn't give a shit.
I had my moment with one of the great loves of my life and NOTHING could ruin that for me.
[ed.]  [ed.]

I loved Joni's music then and now, she was why I was there but I was blown away by Jackson Browne,,,I hadn't heard of him at all up until that point and he came out , just sat alone at his piano and had the crowd rocking in no time. Brave and brilliant. 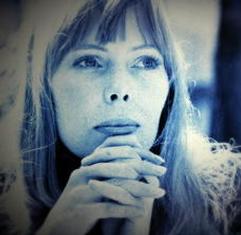 Reading Tom Zito's review brings back memories. This was the one and only time that I saw Joni Mitchell in concert. As it was the end of February, it was a very cold night - but the DAR was packed. I remember how she swayed in the spotlight and provided an almost mesmerizing image. Joni was ethereal.

We were mesmerized by you Joni. Great concert - Jackson Browne led off. Your music was excellent even though you had a cold. Just listening to Ladies of the Canyon and re-enjoying all over again. Also listened to Tom Rush's version of Circle Game and yours. Come back to DC again sometime. Please!