Written in response to Neil Young's Sugar Mountain. In the Goldmine interview From Blue to Indigo, William Ruhlman writes:

Another early composition was "The Circle Game," Mitchell's song about a young boy's rites of passage. It was inspired by another song, Neil Young's "Sugar Mountain." Mitchell had met Young in 1964 at the Fourth Dimension folk club at the University of Manitoba, and encountered him again in the Yorkville district of Toronto in 1965. Young, a member of the Squires rock 'n' roll group, had written "Sugar Mountain" on his 19th birthday, November 12, 1964, as a lament for the approaching end of his teenage years ("You can't be 20 on Sugar Mountain.") Mitchell took the story to its logical conclusion, but offered hope."

Joni's introduction to the song from a club date in 1966:

And this is kinda fun too, I’ll tell you a story about this next song. This is another song that I did on that Canadian TV show [‘Mon Pays, Mes Chansons’] which was directed by a French-Canadian Dutchman by the name of Anton Vandewater – who had some very peculiar directing ideas. It was done in two parts, with a French-Canadian doing 15 minutes and I did the other 15 minutes, and he was flown in then flown out so I never got to meet him. But anyway, when we came to doing this song – they were supposed to be done giving a little bit of local color. For instance, if you were filming on Nova Scotia you would probably want to go and sit down by the seaside among some fishnets and things and sing a sea shanty, right?

Well, in Alberta there are no folk songs that have been collected from the prairies because people out there aren’t very prolific, you know. All they do is sort of run around and sow their wheat and cut the wheat down and holiday in Miami. And so most of the songs that they know – most of the folklore comes from Miami. (laughter)

So, I was chosen to do the Canadian-English part of Alberta and one of the songs I wanted to do was the Circle Game. Now the problem was involving the problems of Alberta and also being true to the lyrics and trying to set the mood properly and I thought since he wouldn’t let me use a carousel because you can find carousels anywhere… Alberta’s a ranching province and I thought it would be great to do it with horses going around in circles ‘cause there’s a line that says ‘and the painted ponies go up and down’… well he looked at me and he said ‘well, Joni’ he said ‘that would be very nice except that when Jean-Pierre was here he used the horses so all we have left for you is the cows’ (laughs)… and he was serious! So what they did was they took me out into a field and they stampeded cows around me in a circle (laughter)… it was beautiful.

We just raise wheat where I come from, we don’t have cattle too much. As a matter of fact, they were mostly cows except that there were a couple of bulls who kind of liked each other and that ruined one of the takes because they liked each other right on camera (laughter).

Anyway, the song goes like this, it’s all about a carousel of time…

This is a song that’s been recorded by a couple of friends of mine, so maybe you know it a little better than the other ones. And if you do – if you know the chorus, wow – just sing along, cause it’s a chorus about people and growing old and growing young and carousels and painted ponies and the weather and the Buffalo Springfield. I wrote it for a friend of mine named Neil Young who, at the time that I knew him was a Canadian ex-rock ‘n roll type turned folkie from Winnipeg, Manitoba, which is just about as bad as Saskatoon, Saskatchewan I guess.

Anyway he’d just turned 20 years old and was very, very depressed, because he said “You know, all my life I’ve been looking forward to being an adult. You know everything – everything that I wanted to do they kept saying “Well lookit, wait kid. You know, wait till you’re older.” And suddenly here I am and I’m older and I can do just about all those things except I can’t go into the pubs ‘til next year. But I can do just about anything I want to and you know what? I wanna go out and play skipping rope and play jacks and all that stuff that I missed and left behind.” He was really depressed, so I wrote a song for him. 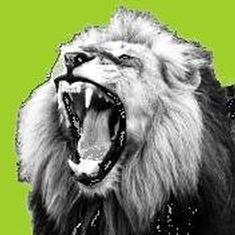 I just decided to take up the guitar, so that I can do some extensions to this song. I hope it won't bother anyone.